Ardbeg Kelpie Review: Is It Worth It?

When you think about some of the world’s fanciest drinks, what is the first thing that comes to mind? For most of you, it’s most likely whiskey, and for a good reason. Made from fermented grain mash, whiskey is a classy drink that belongs to different classes and types, depending on how it was made and stored for aging. This Ardbeg Kelpie review that you’re about to read focuses on a 2017 release that brings forth intense scents and tastes, much to the delight of a true whiskey connoisseur.

As you keep on reading, you will understand how to choose a whiskey that’s suitable to your own taste, as well as an in-depth analysis of what makes Ardbeg Kelpie whiskey a product that received so much recognition throughout the years.

How to Choose a Good Whiskey

It is very easy to buy whiskey that you don’t like. There are many different brands out there: some are focused on quality products and ingredients and processes that meet the highest standards for this type of beverage. Others are focused on delivering a low-cost product for people who just want to drink whiskey. But, if you’re serious about becoming a fan of whiskey, then you’re most likely interested in what makes this alcoholic drink truly good.

Choosing a type of whiskey you like is going to be extremely difficult but what’s even more challenging in making a guide about it, since people’s tastes are so different from one another. What we can do, however, is give you some general guidelines over the different types of whiskeys, how they are made, and who they might appeal to.

Whenever you read a label that says, “”, that means that’s is made from water and inside a single distillery. However, that could still mean that the whiskey is made from multiple batches and in different barrels. What sets this type of whiskey apart is the fact that it has flavors which can clearly be distinguished from one another.

Blended whiskey is another type you’ll come across, and it comes from multiple types of single malts that are made in different distilleries. Blended whiskey types are better from drinkers that prefer to experience a variety of flavors in a single drink.

Another thing that makes a difference in how the whiskey tastes are the type of wood that’s used to make the barrels.

When on your quest for finding a whiskey that you really like, make sure you opt for all-natural products. Whiskeys that have a darker color are those who spend more time in timber barrels.

The color of the whiskey changes as some manufacturers add colorant to their drinks to make them uniform. Sadly, this will alter the quality of the whiskey, not to mention its flavor. However, these artificial ingredients will also be mentioned on the label, so you will know to steer clear of such products.

Next, think about the fact that there are hundreds of distilleries, so how could it be easy to identify a whiskey that you like with so many different options available? Well, there are five main regions that whiskey comes from, and each one of them can tell you something about what you can expect:

A trick that plenty of people don’t know about unless they’ve been drinking whiskey for quite some time is that the scent of a product will often tell you a lot about what it tastes like and help you determine if you like it. Sure, not all whiskeys can be tasted before purchase, but if you ever get the chance to sniff a glass of whiskey before buying it, here is what the aromas will tell you:

When you think about whiskey tasting, there are two things to pay attention to – the taste and the scent. The Ardbeg Kelpie has a very distinct scent from the moment you first raise your glass. It has notes of vanilla with that pleasant scent of honeysuckle, suggesting the tenderness of the scent pallet.

As you first inhale the sweet aromas, you notice how they start to fade away and what’s left with a medicinal, almost iodine-like scent. As you shake the glass, you can notice some fruity scents making an entrance. There are really subtle notes of toffee, baked apples, and fresh buttermilk, leaving you with a craving for tasting the delicious liquor as soon as possible.

Tasting the Ardbeg Kelpie is a whole new level of whiskey experience, especially if you have never tasted anything with similar tones and scents. It will first feel like you’re having a sip of liquor made from salted caramel. You will first notice a gentle peat taste, one that fades away in the multitude of other different aromas.

As the whiskey slides down your throat, you begin to sense a combination of ground almonds and butterscotch, but there are definitely some cereal-like flavors in there as well. Towards the end, you can get a taste of the grassy notes combined with some nutmeg. There is also a light taste of grapefruit, which gives the whiskey a little bit of acidity.

Established in 1815, Ardbeg is revered by connoisseurs around the world as among the peatiest and smokiest, yet most complex, of all the Islay malts.

The Ardbeg Kelpie whiskey is distinct in so many ways. Identifying the pros of this drink might a rather subjective matter, so we’re going to focus on what the general drinking audience found to be most special and intriguing about this spirited drink.

This whiskey has been long praised for being one of the best Ardbegs product in decades. It has an oily smoke, but nothing that’s too intense to cause any tastebud discomfort. It is a whiskey for the true connoisseur, with subtle hints of different flavors, but also intense with some other tones that leave a pleasant aftertaste.

Another important thing that we should all keep in mind is the use of the Russian oak for maturing the whiskey. It is very clear to us all that Ardbeg Kelpie was trying to do something different with this whiskey, to create a taste without precedent and, for plenty of drinkers, it seems to have done just that.

Even if the whiskey is 46%, the aromas and subtle sweetness that come with the first sip will barely make the alcohol noticeable. It’s the kind of whiskey that both women and men could enjoy side by side. The fruity and floral aromas are there, but they are not that powerful as to turn this into a “woman’s drink” (as certain liqueurs are referred to, especially whiskey creams or cherry liquors).

There aren’t many things to complain about when it comes to the Ardbeg Kelpie whiskey unless you absolutely hate the taste. Seeing as how this was a limited edition product, one of the major complaints is the fact that it’s so rare to find, but scarcity is one of the things that make a bottle of this scotch even more valuable.

Some might argue that the price of the product is a little too high compared to other similar types of whiskey, but that argument can easily be countered by what we’ve mentioned before: the fact that we’re dealing with a rare product.

How was the Ardbeg Kelpie whiskey made?

This is a question that frequently pops up in the mind of people who like to know more about the spirited beverage they’re spending their money on. Can’t say we blame them since the Ardbeg Kelpie tends to be a bit pricey due to the rarity of the product.
The whiskey was matured in the Black Sea oak casks, something that isn’t all that common. Due to the fact that the exotic wood comes from the Adyghe Republic in Russia, the casks give the drink a special deep flavor. Whether or not that statement is actually true is entirely up to each drinker, as opinions tend to be divided on the matter of how subtle or strong certain flavors are.

All this talk about subtle notes, scents, and the after flavors might have left some people wondering what the Ardbeg Kelpie whiskey is actually made of. While listing all the ingredients might be futile to most, we can tell you that you can expect your Ardbeg Kelpie to taste like. When you’re sipping on the Ardbeg Kelpie whiskey for the first time, you will sense the black pepper, salmon, cherry, toffee, dark chocolate, vanilla, caramel, and dried fruit aromas.

If you loved Ardbeg Kelpie Whiskey and want to expand your palette for the heart drink, then check out these great alternatives that come highly recommended by tasters.

Matured wholly in air-dried, hand-selected ex-bourbon casks, the 'unashamedly excellent' Old Pulteney 12-years-old is the definitive expression in the Old Pulteney family. Traditionally crafted using techniques that other distillers have long abandoned, this winner of numerous gold medals at the most prestigious international competitions is a high water-mark of quality spirits.

Check Price
We earn a commission if you click this link and make a purchase at no additional cost to you.
Glenglassaugh Single Malt Scotch Whisky Evolution | Drizly

Glenglassaugh Evolution is an exclusive release matured in first fill ex-Tennessee whisky barrels. This expression shows great depth of character and finesse, a harmonious combination of whisky and oak. Bottled at 50% ABV, natural colour and non-chill filtered. Evolution represents the heart of Glenglassaugh’s distinctive personality and indeed, the landscape in which it is set.

Check Price
We earn a commission if you click this link and make a purchase at no additional cost to you.
Benromach Sassicia | Drizly

This version was a sweet, sticky whisky that had the ability to hit the back of my throat with its sugariness on first sniff. There were notes of sticky toffee, pear, green apple and smoked cedar woodchips for me after that. On the mouth, I picks up caramel and honey, before it shifted discreetly onto a touch of medicinal smoke before finishing off on sweet cigar smoke flavour and licorice. And intriguing whisky to try, for sure.

The Ardbeg Kelpie has an amazing scent and taste, there is no arguing about that. However, experts often claim that this drink isn’t all that special or fancy, and there’ plenty of hype revolving around it that isn’t all that justified. It is definitely the type of product that you have to try once, but it’s also one with notes that are easily replaced by other brands that don’t sell limited edition products.

The blend of the whiskey brings forth maybe not the most original ingredients, but high-quality ones nevertheless. If you manage to get your hands on a bottle, it will surely make a wonderful gift for someone who knows their whiskey varieties, but it isn’t all that worth it if you have to go overboard to purchase it. If you’re convinced thus far, then give Ardbeg Kelpie a try at your local liquor store or order it online right here. 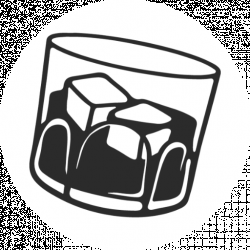 Whiskey Watch Team
Team at Whiskey Watch
We're a team of Whiskey lover that want to bring our knowledge to the world. The way we present what we know shows our passion for whiskey (we hope.) If you want to know anything about Whiskey, you'll find it here on this site through our team of experts from around the globe.