The Macallan vs The Glenlivet: The Tale of Two Speysides

Speyside contains some of the world’s most well-known scotch distilleries, including The Macallan and The Glenlivet. Both demonstrate the incredible diversity of Speyside. One is dark, spicy and luxurious. The other is lively, fruity, and refreshing. Macallan and Glenlivet are two sides of the same coin, which will you choose?

The Main Differences between Macallan vs Glenlivet:

The Main Differences between the Macallan vs Glenlivet:

Just like wine has terroir that can affect even the most subtle aspects of grape growing and wine production, location plays a huge factor in scotch production as well. The difference in water, soil, and climate can cause very subtle changes to a whisky’s make and you’ll notice them in the bottle.

There are 6 main scotch regions that produce the world’s single malt scotch supply. While no two scotches from one region are exactly similar, they are grouped by location because of common qualities that seem to be present in scotches from certain areas.

So what are we looking at today? Both The Macallan and The Glenlivet are considered Speyside scotches.

What is a Speyside?

Speyside is located a very specific scotch region, just off the shoulder of the Highlands. It is Scotland’s most productive area, accounting for over 60% of the total single malt scotch produced in the world!

Scotches from Speyside are very distinct but range between two styles: light, fruity, citrusy, floral and dark, rich, caramel, nutty. But you’ll consistently find sweet honey and citrus notes throughout nearly every bottle, regardless of specific style. These are light, easy sippers that become darkly complex and rich in subtle flavor the longer they age.

Place a glass of Macallan and a glass of Glenlivet (of any year) next to each other and you’ll be able to tell the difference instantly. But how and why? Since these two scotches both come from Speyside, let’s take a closer look at what sets them apart.

Macallan is the dark sister of typical Speyside scotch. It has none of that light, fruity, orchard-walk profile that we are so used to seeing. Instead, Macallan represents the richer, more textured, dark caramel version. Macallan usually has a vanilla and nutty character to it, especially in more aged bottles.

Because of the maturation in Spanish oak and sherry casks, you’ll notice hot spices too. But don’t worry, there is some evidence of the Speyside green grass deep in the bottle.

Glenlivet is everything a beautiful Speyside should be. It’s full of light and zesty orchard fruits and blossoms – just bursting with orange, apple, and hints of pear. And there is almost always a green hint like fresh cut grass or orange leaves and just a bit of wood.

Speyside scotches located miles from each other, The Macallan and The Glenlivet distilleries have a history of rivalry. However, today The Macallan, The Glenlivet, and Glenfiddich (another Speyside vaguely similar to Glenlivet) combined makeup about one-third of the total single malt scotch production in the world!

The Macallan was founded in 1824, just a year after distilling was finally legalized in Scotland. The distillery has changed hands several times throughout its long history. In 1994 Japanese whisky company Suntory purchased the distillery but left Macallan in control. This same system remained in place when the Edrington Group took over in 1999. They still own the distillery today.

The Macallan distillery was one of the very first to begin aggressive marketing of the Single Malt Scotch in the 1970s, drawing attention to individual distillery expressions. Which certainly paid off, rare bottles of Macallan have been known to sell for thousands of dollars each! The Macallan has quite a reputation for quality scotch.

Macallan has been steadily increasing production and is one of the highest producing scotch distilleries in the world. However, they still maintain a very specific recipe and exert great care in making scotch, so their batches feel “small.” Today they are the 5th most sold scotch in the world.

Another fun tidbit? The Macallan distillery Easter Elchies is supposedly haunted by Roderick Kemp, the owner who took over in 1892 and introduced the now-renowned Spanish oak and sherry casks to the distillery. Supposedly he still walks the grounds.

If you’re imagining the early history of Scotch as lots of swashbuckling men walking around with Scottish accents, Glenlivet has the history for you!

Begun in 1824 by George Smith, legally. But he learned his early craft with the illicit distillers in the glen of Livet. Needless to say, ol’ George opening the first legal distillery of the area didn’t sit well with all those illegal distilleries that wanted to make a buck behind the tax-man’s back.

With threats of retaliation and violence, George carried around a pair of flintlock pistols always on his belt, and his son John was always armed with a cutlass. (And you thought pirates had the cap on swashbuckling spirits!)

Within 10 years Glenlivet had made a name for itself and was referred to as “the whisky” by notable figures like Charles Dickens and King George IV. With such popularity, nearby distilleries started to capitalize on the name, including Macallen themselves who released scotch labeled “Macallan-Glenlivet.”

But in 1884 Glenlivet succeeded in branding his whisky, legally, as The Glenlivet. A trend that has continued throughout the area. (As you can now see with The Macallan who finally got their naming act together.)

Today, it’s one of the most popular whiskys in the world, and easily found at any local bar.

The key to what sets these two apart from each other seems to be slight differences in production in which each distillery maintains their originality.

Both The Macallan and The Glenlivet have a wide range of potential scotches to entice you. Of course, their aged single malt scotches are legendary but don’t discount the reserves and specialty bottles either. You’ll often find really unique options.

Do I Recommend Macallan 12?

Macallan 12 is a Single Malt Scotch that has been aged for 12 years in oak. It's full of rich caramel, vanilla, and hot spice notes. A GREAT luxury scotch that you can get at a surprisingly good price!

The Glenlivet 15 Year Old gets its distinctive rich and exotic character from a process of selective maturation in which a proportion of the spirit is matured in French oak casks.

The prices between the two will be fairly comparable. Glenlivet may be slightly less expensive in some circles, but not by a noticeable amount.

Of course the longer the aging, the higher prices go. Next up from 12 and you’ll get into the $80 range, higher still and you get into $150. You can find some well-aged beautiful bottles upwards of $300.

Speyside scotch should never be paired with anything heavy.

What pairs with The Macallan?

These poached apples in sherry would go perfectly with Macallan, especially those that have been aged in spicy sherry casks!

What pairs with The Glenlivet?

FAQ’s About Macallan vs Glenlivet

What is the finest bottle of Macallan?

Macallan is definitely one of the finest scotch brands that can sell a bottle on auctions for pretty big bucks, and one of their finest bottles you can find right now is their 25 years old which is sold for less than $1000.

Is Macallan better than Glenlivet?

Macallan and Glenlivet are obviously two different types of whiskey, but Macallan is definitely better than Glenlivet due to its bolder oakier taste and dark fruity notes.

How do you drink scotch whisky?

Scotch whisky should never be refrigerated because the coldness will interfere with being able to enjoy all the notes of the drink, instead, drink it on room temperature and add one or two ice cubes which will slowly turn into water and allow you to enjoy the flavors of your scotch.

The final choice between these two opposite Speyside gems? I just can’t pick! It depends on your mood.

Do I Recommend Macallan 12?

Macallan 12 is a Single Malt Scotch that has been aged for 12 years in oak. It's full of rich caramel, vanilla, and hot spice notes. A GREAT luxury scotch that you can get at a surprisingly good price!

Macallan is perfect for wintery months, Christmas parties, extra decadence. That richer caramel, vanilla flavor needs a special occasion. Especially when it’s a well-aged bottle! And the explosions of sherry and hot spice can warm you right up on Christmas Eve.

The Glenlivet 15 Year Old gets its distinctive rich and exotic character from a process of selective maturation in which a proportion of the spirit is matured in French oak casks.

Glenlivet is a much lighter, milder dram. One sip and you’re transported to walks through fruit orchards. You’re biting into a crisp apple next to a field of heather and savoring the sweet orange breeze.

Of course, both Macallan and Glenlivet have a whole array of varieties and styles. So if you don’t like one bottle, it’s definitely worth it to try another version. There is no “right” choice. Pick what suits your palate, your dinner, or your mood best and go from there! 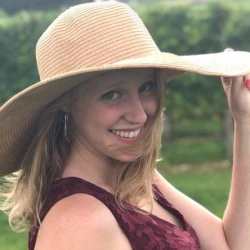 Latest posts by Kathryn Loveless (see all)
Find Us On YouTube!