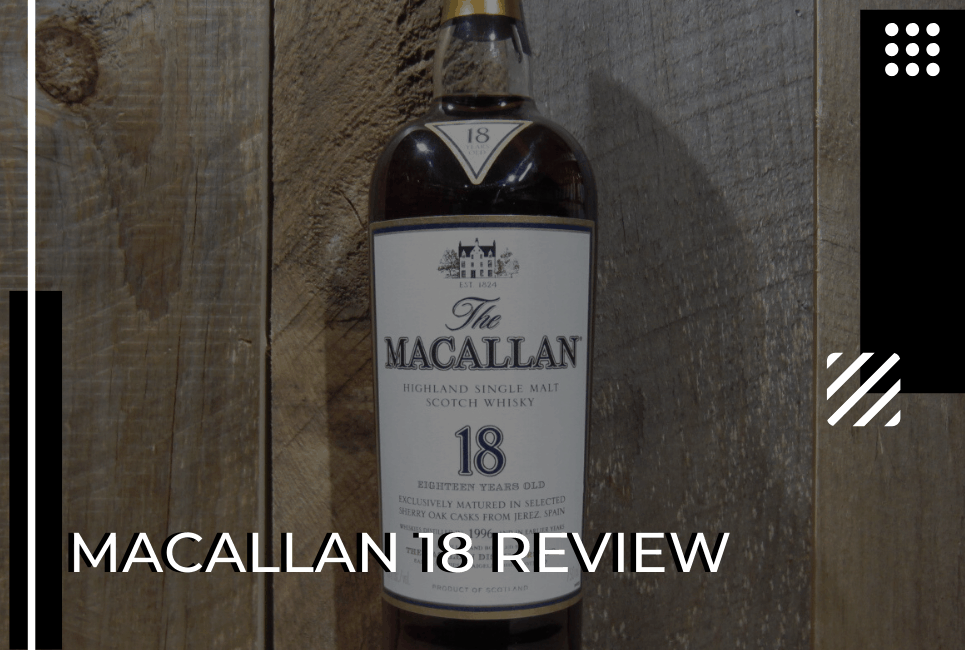 The Macallan distillery roots are deep and date back almost 200 years. The Macallan 18 is iconic and the Bank of Scotland has issued banknotes featuring the Macallan stills. It’s commonly thought of as a premium whisky, directly competing with Johnnie Walker’s Blue Label.

Along with the Macallan 18, you may also want to try the Macallan 12, Macallan 25 or the Macallan 30. It’s nestled nicely in the middle, balancing price with exceptional taste. If you’re interested in trying a whisky, this one is a great choice for beginners and experienced whisky drinkers alike. 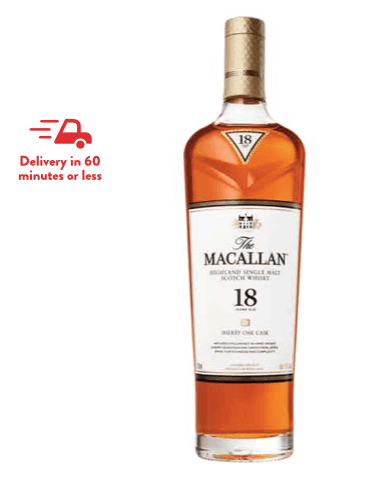 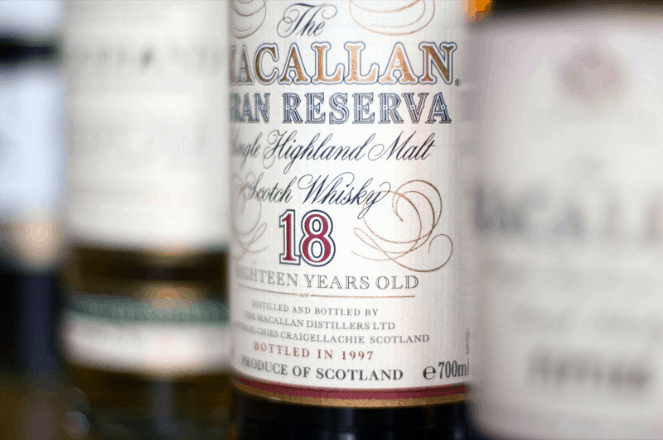 The Macallan distillery is huge, both in production, square footage, and reputation. It’s collected all over the world, and their marketing powerhouse has done a great job of spreading the word.

They are always featuring new releases while distributing replicas of older varieties that will have you harkening back to great times, perhaps even before you were born. Their willingness to experiment with new finishes and put themselves out there makes them more relatable and endears them to their old and new fans alike.

Macallan doesn’t have the same rocky and storied history as a lot of other Scottish distilleries. Their success has steadily increased over the years and they owe their image today to a very promising past.

Nestled among the hills of Craigellachie, Moray Scotland, the Macallan Distillery is a beautifully modern facility inviting visitors of all types. It was founded in 1824 and was one of the first distilleries in Scotland to have a legal license for the manufacturing and selling of alcohol.

Alexander Reid founded Macallan and named it after the Gaelic word for ‘fertile land’ and St. Fillan, who spread Christianity throughout Scotland in the 1700s. Reid was a barley farmer and teacher, but during the winter, farming was scarce.

The distillery spent the winters fermenting and distilling the barley into whiskey. The Macallan distillery has had several owners since 1824. It is currently owned by the Edrington Group, who purchased the distillery in 1999. Production capacity increased in 2008 with the installation of another production house and some extra warehouses. Today, Macallan is the world’s third-largest distillery by size and the second largest in production numbers.

Drinking Macallan 18 conveys a symbol of status. It’s known for being a staple of hotel bars bathed in luxury and it’s often served in CEO offices or given as corporate Christmas gifts. In fact, it made headlines when Jessica Simpson ordered a glass at a restaurant in Los Angeles. She ordered it over ice, in case you were wondering.

You could argue that when a whisky gains this much publicity, it becomes passe, outdated, and cliche. However, the Macallan 18 has maintained its status despite it’s popularity. Each bottle contains consistent quality due to its popular cask aging style, keeping up its standard for greatness among elite whisky drinkers.

However, some complain that because of Macallan’s production exceeding 8 million liters a year, it has a corporate feel of mass production rather than offering a quaint and meaningful experience.

Luckily, Macallan hasn’t let efficiency trump quality just yet. It continues to impress even those who don’t know anything about whisky and allows corporate CEOs to provide the best for their foreign investors without admitting ignorance about all things whisky.

If you’re one of the self-proclaimed whisky lovers who doesn’t know a lot yet, that’s fine. We’re in a safe space, and you’re going to love your first experience with Macallan 18. Older batches are smooth and dark, with complexity. New batches are sweeter and brighter, but just as excellent. 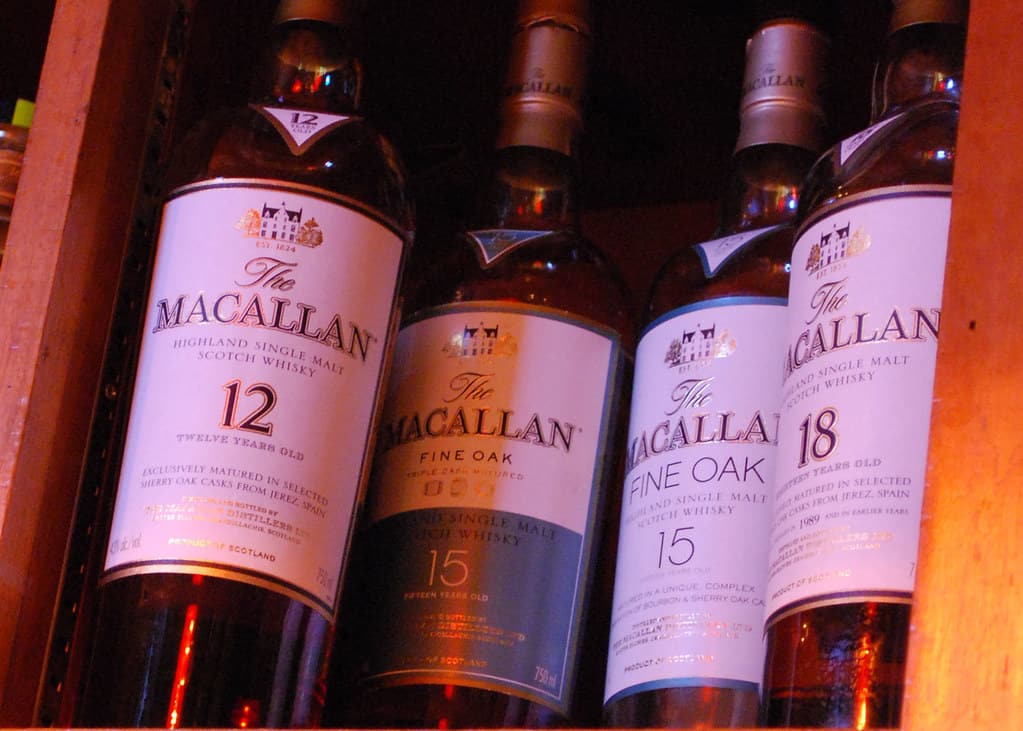 The light mahogany color of the Macallan 18 is classically beautiful. It looks elegant and sets the tone for how wonderful the rest of the experience is going to be. This rich color is imparted naturally from the aging process.

You’ll smell more than a hint of sherry, thanks to the aging in sherry casks. It’s bright and fruity, with juicy red raspberries and strawberries. There’s a hint of toasted wheat bread with hot drawn butter and oaky caramel. You might even catch a whiff of cinnamon.

The nose is smooth and silky. It’s a lovely blend of perfectly aged malt and elegant sherry. Mix it with a few drops of water and you’ll have a brighter, younger nose with a fruit punch and candy apple tartness.

Upfront there’s an oaky, furniture varnish taste with just a hint of cherrywood. It’s smooth with very little burn. The medium mouthfeel is sophisticated and full of dried figs, jams, and apricots dipped in chocolate.

Pay close attention to clove, spice, and orange as well. While water enhances the nose, it can dull the brighter notes and muddy the clarity of the flavors.

The finish is full of cocoa nibs, cigar tobacco, and dried cranberries. It has a final burst of woodiness. You may be able to hone in on some orange zest and ginger.

Overall, the nose is what makes the Macallan 18 spectacular. It enhances the entire experience. It’s hard to beat the way the malt integrates perfectly into the flawless aroma of sherry. It’s delicately balanced for a perfect weight without rancid fruit of too much oak saturation.

The mouthfeel exudes quality, and while the flavors are limited, the finish reveals a classic and excellent taste. The beauty of this whisky is that it doesn’t need water. It’s perfect on its own.

If you like Macallan 18, here are some others you may want to try. 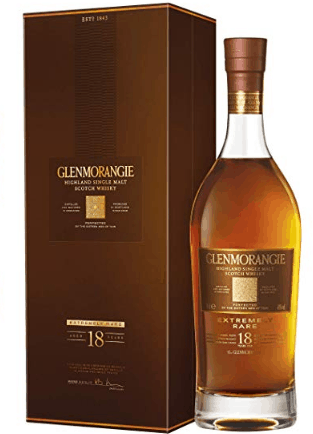 This 18-year-old single malt Scotch is a bit different than the Macallan 18. It’s sweet and subtle in the nose rather than forward and complex. The true character shows through in its full and silky mouthfeel.

You’ll taste oak, chocolate-covered raisins, and malty cereal grain with an apricot finish and a hint of cinnamon. The burn is light and it’s very well balanced. While the price is a bit less than the Macallan 18, the quality is the same. 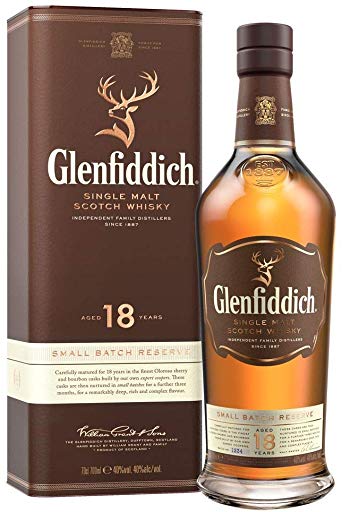 This is one of the most recognizable whisky brands in the world. You’ll have a hard time finding a liquor store that doesn’t have at least one variety on the shelf. The Glenfiddich 18 is a prime example of older not necessarily meaning better.

It’s not a bad whisky, but you would do just fine with the 15-year, and you’d save some money. However, when comparing 18-year single malt Scotches, this one still deserves a spot on the list. If you’re not very adventurous, this is a great place to start. There are no surprises. Light floral notes permeate the nose with the expected sweet caramel apple and cinnamon flavors you’ve come to expect from Glenfiddich.

While it doesn’t linger or give you that warm feeling you might want from an aged whisky, it also doesn’t burn on the finish, which some will prefer. 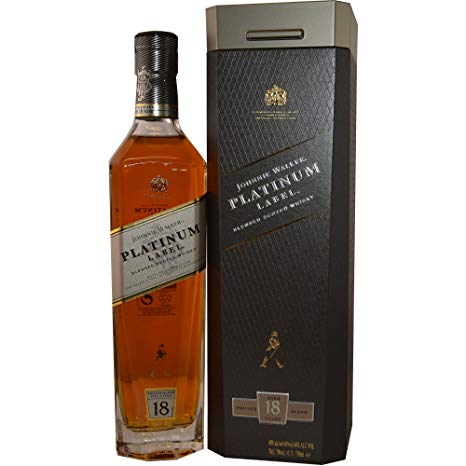 This 18-year-old release sits right below Johnnie Walker’s Blue Label release. It’s delicate and friendly. You should enjoy it by itself to truly appreciate it, for the exact opposite reason you might think. It’s not heavy and it won’t kill your tastebuds. It’s simply too nice and enjoyable to ruin with anything else on the palate.

The nose is sweet with vanilla and candied almonds. It’s creamy and easy to drink. If you like warm cinnamon rolls, you won’t want to pass this up. It also has an interesting grapefruit zest with a late smoky flavor.

FAQs About The Macallan Whisky

How much does Macallan 18 cost?

You can expect a 750ml bottle of Macallan 18 to cost around $175. You may find it for slightly more or slightly less, depending on where you shop. It’s steep, but worth the price to make a statement.

Is Macallan a good Scotch?

The wide world of Scotch is confusing, but Macallan is easy to love. Newbies and connoisseurs alike will appreciate the flavors and enjoy the sip. Don’t be shy, and try any variety of Macallan you wish. You won’t be disappointed.

Macallan produces some of the most consistent quality across all of their bottlings, so you are almost guaranteed to love what you try, even if it’s not the Macallan 18.

Why is Macallan expensive?

Macallan uses premium ingredients. It starts with the barley that’s specially grown for the Macallan Distillery and ends with the aging barrels. The barley itself costs about 30-40% more than other whiskies. Because it costs more to make, it costs more to purchase, but it’s well worth the investment for the consistent quality they produce.

Is Macallan better than Glenlivet?

There’s really no direct comparison here. They are both excellent Scotch whiskies. Glenlivet is soft and delicate while Macallan is darker and oakier. They both come from Speyside, and they’re both worth a sip.

Macallan is known across the globe for producing excellent whisky and doing so consistently. They set the example for what a single malt Scotch should be. The aging process gives it balance and character, making it recognizable as a Macallan.

Macallan is unique because they produce consistent quality better than most other manufacturers you’ll find today. Despite their large production, they’ve stayed true to this quality throughout.

In fact, many people think of a distillery like Macallan that produces the volume they do to be a corporate bottling facility with the bottom dollar on their mind. However, Macallan has always put quality above production numbers, and in doing so, have been able to achieve success in both.

There’s little doubt that the Macallan 18 is worth it’s suggested retail price. There’s no question as to the quality of the product. It’s another great Macallan whiskey. It is exquisite, beautiful, and one of the most exceptional whiskeys you’ll find anywhere.

Despite its age, it is very approachable. It has excellent balance, which makes it a great entry point for new whiskey drinkers while providing the complexity that experienced whiskey lovers crave.

The sherry aging process gives the whiskey that extra special foundation, making it delightful from the nose at the beginning to the lingering finish at the end. It’s not just another aged whiskey posing as an excellent product because of the number on the bottle.

It truly is a clean, must-try that you’ll want to keep enjoying from the first sip to very last drop. If you’re curious about any 18-year-old Scotch whiskey, this is a clear winner.

The Best Islay Scotch Ranked: The Smoky Jewel of Scotch!

Ardbeg 10 vs Laphroaig 10 – Who Will Take Home the Peat Lover’s Crown?