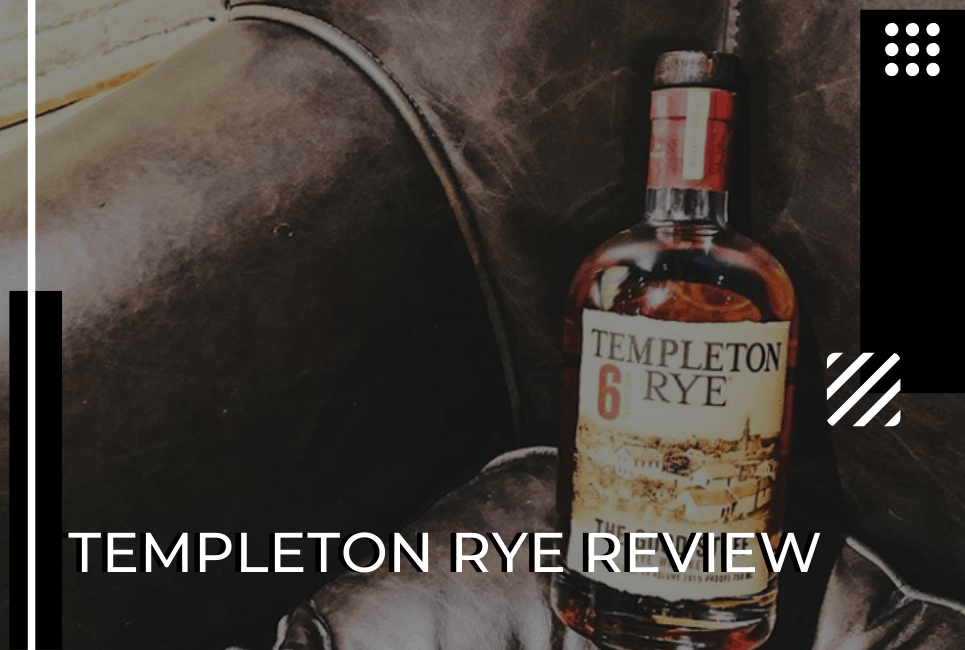 The history of Templeton Rye whiskey is a rocky one. It hasn’t always gotten good reviews and they’ve recently done a lot of rebranding and made some changes to help improve it.

In this review, we’ll talk about the history of the brand and the way it tastes now, but just know, a new Templeton Rye is coming in 2022, and only time will tell if these new marketing efforts have paid off. 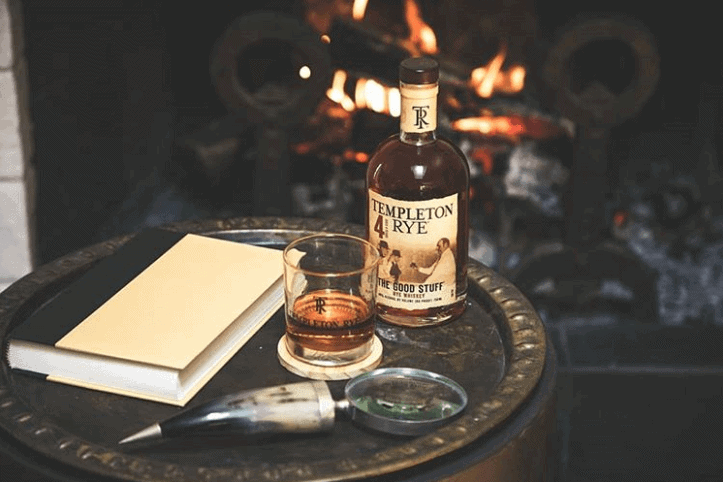 While Templeton Rye is a well-known brand today, it started in the prohibition era as a type of rye whiskey produced by numerous farmers in Carroll County, Iowa. It was how farmers supplemented their income when things got tough.

The term ‘Templeton rye’ was used to refer to any whiskey made in the vicinity of Templeton, Iowa. It wasn’t made by one particular person and, because it was illegal to manufacture and sell alcohol at the time, it certainly wasn’t an incorporated operation.

This whiskey was popular in midwest towns like Kansas City, Omaha, and Chicago. It was served in speakeasies and circulated through other alcohol distribution methods. Templeton Rye used to advertise that it was Chicago gangster Al Capone’s favorite drink. It got them in a bit of trouble for false advertising and they ended up reimbursing customers for purchases during that time.

They also claimed their formula was based on a prohibition-era recipe, but it’s much more likely that there was never a single Templeton recipe. All farmers made their own whiskey based on their own methods.

It wasn’t until 2007 that the distribution of the modern Templeton Rye brand began outside of Iowa. Despite claiming that it’s made in Templeton, it’s actually distilled and aged in Indiana. MGP is headquartered in Lawrenceburg, Indiana, and the recipe they use to make Templeton Rye is a recipe they share with several other brands.

They use an alcohol flavoring formulation, or what they call blenders, to make the whiskey taste as much like the prohibition era whiskey as they can. Then they send it to the facility in Templeton, Iowa, where it’s bottled, labeled, and distributed.

After a class action settlement in 2015, Templeton was required to add the disclaimer “distilled in Indiana” to their label. They also had to remove claims of it being a small batch or based on a prohibition era recipe. Customers who purchased Templeton Rye as far back as 2006 had to be reimbursed.

Because Templeton Rye isn’t labeled as “straight,” it currently isn’t illegal for them to blend in their own flavor additives to make the formula taste more like an old recipe. By law, they can add flavoring up to 2.5% by volume. After all of this turmoil, Templeton Rye made a decision to cease production in Indiana and open their own distilling operations in Templeton. The first four-year Templeton Rye will be available in 2022. 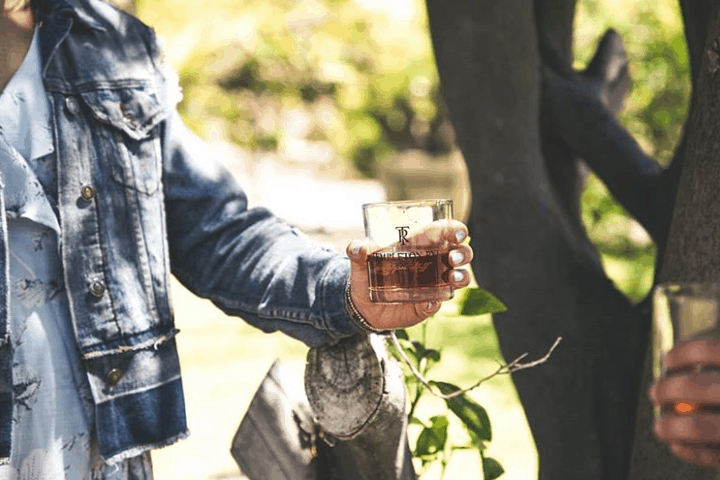 Despite the controversy, Templeton Rye is still loved by many for its spicy flavors. Its punchy qualities make it a great mixer for old fashioned cocktails and anything that needs a bit of a kick.

The medium amber color is more subdued than other whiskeys that feature deep, rich hues. However, its muted color looks great in mixed drinks and on its own. Rather than producing legs, when swirled, this rye produces scattered droplets. It’s an interesting effect you might not expect.

The aroma of honey fills your nose with a sweet scent while the smell of summer grass gives it a fresh, earthy quality that Templeton Rye lovers embrace wholeheartedly. You may also notice some subdued, nutty aromas with a bit of an oaky hint.

The balanced flavors lead to a smooth, spicy finish. The same sweet and spicy flavors continue throughout the finish, so there’s nothing new other than a hint of menthol as it fades.

Unlike other whiskies, water doesn’t change the flavor of Templeton Rye at all, other than awakening a bit of a nose tickle. On the finish, you may notice a bit of lemon zest, but the flavors are subdued enough as it is that adding water isn’t recommended.

The easy-drinking qualities of Templeton Rye make it a good entry point for beginners. They won’t get burned or overwhelmed with strong flavors. It’s sweet and consistent through the finish with no surprises.

However, there’s not a lot of complexity going on here. It’s manufactured by the same distillery that produces Bulleit and Redemption Rye, among others, so it’s not unique. The silver lining is that it’s cheap. It’s likely that if you’re not a whiskey connoisseur or you don’t drink rye a lot, you won’t notice.

Templeton Rye is plentiful, and so are similar whiskies. If you’re looking for a Templeton Rye alternative that has comparable qualities, just look to any of the other whiskies manufactured by MGP in Indiana.

However, if you’re looking for something a bit more remarkable, you may want to try some of these alternatives to Templeton Rye. Some are affordable and some aren’t, but they all feature something a little more unique. 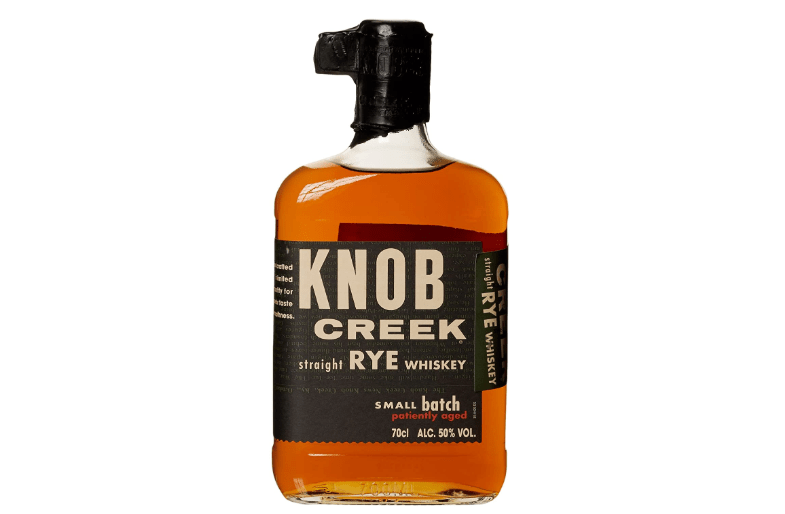 When it comes to whiskey, Knob Creek is one of the most well respected and well-liked makers of all kinds of whiskies. This particular rye whiskey is 100 proof and made in small batches so it can be perfectly formulated.

It’s a light amber or gold color with herb and oak aromas. It’s spicy with vanilla and caramel undertones. It has a pleasant mouthfeel of sweet and punchy flavors and a solid oaky base. The Knob Creek Rye won the 2016 International Wine and Spirits Competition Best Rye Worldwide Whiskey.

Read More: Knob Creek vs Woodford Reserve: The Battle of the Bourbons!

Woodford Reserve manufactures top-shelf varieties of whiskey that are enjoyed immensely by all. Their Kentucky Rye is full-flavored and excellent for sipping, as opposed to rye varieties that are produced for cocktails.

It has a perfect combination of sweet and spicy. Unlike Templeton, Woodford Reserve does use a 53% ratio of rye in its mash bill, as many prohibition recipes did. It’s a 90 proof rye that has the appearance of rich honey.

It has a spicy nose of black pepper and tobacco with cassia and cedar bark. Sweet aromas of pear, almond, and apple tickle the senses. It tastes of mint, clove, molasses, and honey with a hint of malt and apple. The finish is long with sweet spices. The balanced flavors of Woodford Reserve give it full texture and deep complexity. 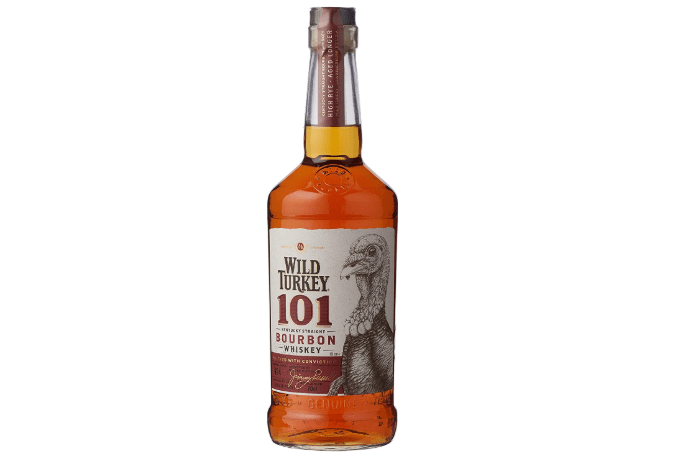 Wild Turkey is a great alternative to Templeton Rye. They have multiple varieties of whiskey and their rye whiskey has been around since the 1950s. They used to source it from outside the distillery but they have since moved it in house.

It’s bottled at 101 proof, but there’s an 81 proof variety as well. You can try the single barrel or the six-year small batch rye, both bottled under the name Russel’s Reserve. If you want high-end rye, you can get a blend of the 9-year and the 11-year bottled at 109 proof, but it’ll cost you almost $200.

Read More: The Wild Turkey Longbranch Bourbon Review: Should You Try This Bottle? 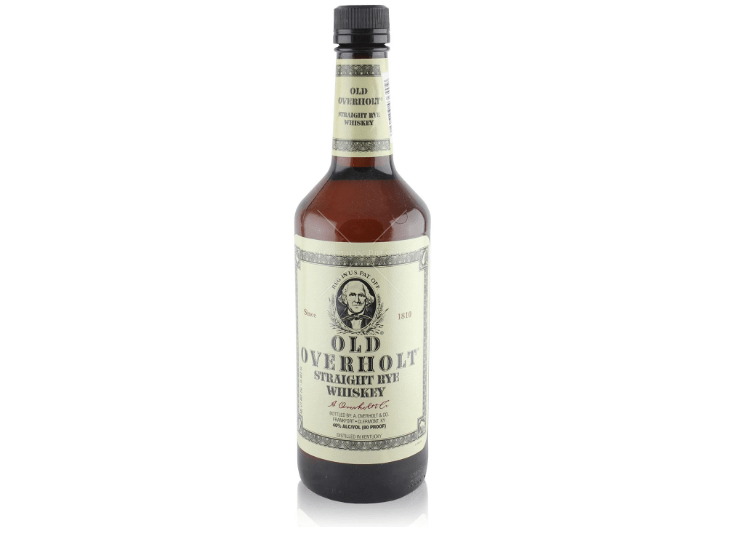 Old Overholt has been around since before 1900, but Jim Beam has owned it since 1987. Their young rye is three years old and bottled at 80 proof. However, it only has just enough rye to be legally defined as a rye whiskey.

It’s spicy and sweet, and it’s an inexpensive alternative if you’re looking for something to put in your cocktails.

You may prefer Old Overholt Bonded Rye, which is four years old and bottled at 100 proof. It cranks up the heat and the flavor in comparison to the original.

If you’ve been wondering whether you should try a bottle of Templeton Rye, here are some frequently asked questions to help you out.

Rye whiskey, in general, has experience a bit of a resurge in recent years. Templeton got a lot of publicity for their rye a few years ago, and unfortunately, it wasn’t good. However, it’s spicy and sweet, but not too hot.
It’s a good mixing rye for cocktails, although some like to sip it. It has a mild, balanced finish that doesn’t burn. In my opinion, it’s cheap enough that if you hate it, you didn’t waste a ton of money. You can decide for yourself.

What do you mix with Templeton Rye?

If you have a favorite Old Fashioned recipe, Templeton Rye is a great mixing whiskey for cocktails. You can also sip it straight or on the rocks.
Adding water changes the flavor profile in a small, but noticeable way, and you may enjoy it that way, too. If you like it bubbly, add club soda. You can also try your hand at cocktails like a Templeton Manhattan, Iowa Buck, or Sazerac.

Is rye or bourbon better?

This is largely a matter of personal preference. They have different main ingredients that change their flavor profile dramatically. Bourbon is made from at least 51% corn mash, so it has a sweet, full-bodied flavor.
Rye’s main ingredient is rye mash, which gives the whiskey a dry, spicy taste. The taste of the rye develops more quickly on the palate for more intense flavors.

Is rye whiskey good for sipping?

This is another question that depends on your perspective. Bourbon and Scotch are very popular choices for sipping whiskies, but with the revival of rye, a lot of people do enjoy a glass straight up.
However, bourbon is much sweeter and smoother, so if you prefer those flavor profiles, you’ll enjoy sipping your bourbon more than rye. If you enjoy intense and overpowering flavor profiles with spicy notes that may or may not burn your tongue, then you might like sipping rye.

Templeton Rye has been through a lot in recent years, but it’s still worth a try. They’ve changed their branding and they’re working hard to change their image. You may love it or you may not, but even if you don’t, make sure you make a little room for the 2022 release.

No one is really sure how setting up their own distilling processes in-house will affect the flavor of Templeton Rye. However, what I do know is that it’s highly anticipated by those who love it, and even some who don’t.

Rye vs Bourbon: The Main Differences Between (With 2021 Recommendations!)