There are some days when it’s nice to just kick back, relax, and enjoy a nice glass of your favorite bourbon. Whether you like it neat or mixed with some sweet tea (don’t knock it til you try it), there’s something about bourbon that helps take the edge off.

Chances are good that you already have a preferred bourbon, but did you know that there are new and exciting blends and flavors regularly entering the market? One great example of this is Wild Turkey’s Decades bourbon.

This interesting bourbon comes from one of the oldest distilleries in the United States, so we want to give it the attention it deserves. But before we get nose deep into the decades offering from Wild Turkey, let’s take a moment and discuss what makes it a bourbon.

What Makes It a Bourbon?

It took me a while to figure it out, but there are important distinctions between bourbon and whiskey. Something worth knowing is that all bourbon is whiskey, but not all whiskey is bourbon.

So what sets them apart?

There are five important criteria a bourbon has to meet: 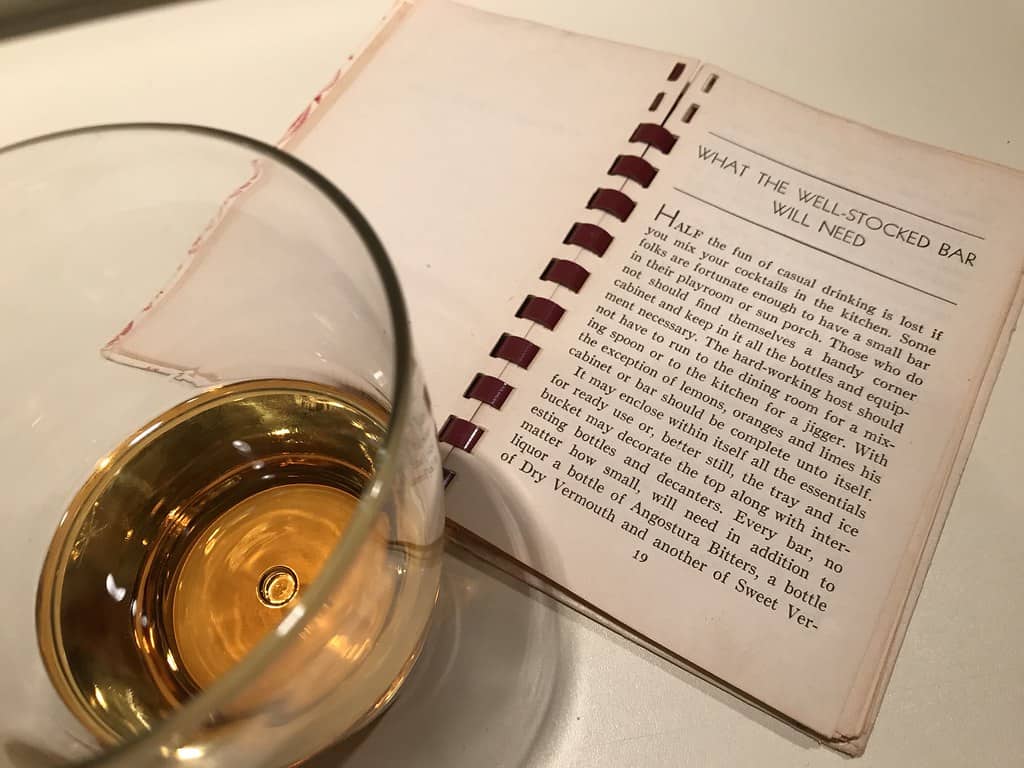 To learn a little more about Wild Turkey’s Decade’s bourbon, let’s take a moment and dig a little deeper into its history. For starters, those that are familiar with bourbon already know who Jimmy and Eddie Russell are. They are household names in the business, but there’s much more to know about Wild Turkey. Many don’t know that two Irish brothers, John and James Ripy, began distilling what would eventually become Wild Turkey in 1869.

The brothers continued making their bourbon on Turkey hill, and in 1942 the Wild Turkey brand was established. Legend, and Wild Turkey itself, says the brand was named when Austin Nicholls, president of the company at the time, went on a turkey hunt with a few friends.

Along with his friends, Nicholls took an 8-year old bottle of bourbon which he boasted was 101 proof. When he mentioned a subsequent hunt to his friends, they requested Nicholls bring with him that “wild turkey” whiskey. Nicholls liked it so much, he started a brand.

Initially, the whiskey was manufactured and distributed under the Austin Nicholls Co. brand. It was imported from multiple distilleries, one of which was the Ripy Brothers Distillery.

The Austin Nicholls Co. made Anderson County Distilling Co. its sole manufacturer in 1954, naming James Russell as one of its workers in the still room. Russell worked his way up through the ranks, and in 1967 was named Master Distiller.

When Anderson Country Distilling Co. was bought out by Austin Nicholls, Russell became the first Wild Turkey Master Distiller in history. Over time, Wild Turkey would experience changes in ownership and changes within the distillery.

One of the most significant changes that occurred was when Russell added his son to the ranks of the still room. Then, in 2011, Wild Turkey opened a brand new distillery on Wild Turkey Hill in 2011.

Since then, the brand has gone on to show significant growth, both within the US and around the globe. Wild Turkey has released a variety of rye and bourbon whiskeys, including their 81 and 1010 proof selections, Wild Turkey Rare Breed, Russell’s, Reserve, and Longbranch. 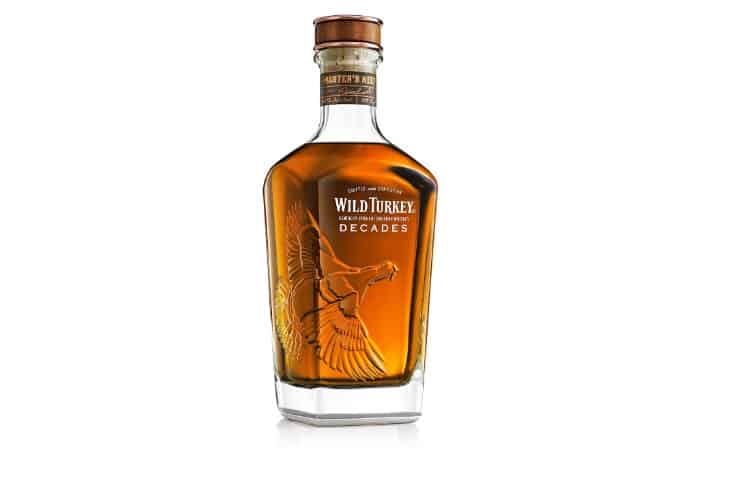 Now, let’s get into the good stuff. Wild Turkey Decades is a straight bourbon that was released in February 2017. This bourbon is aged 10-20 years and is 104 proof. It comes in mahogany color and contains a mash bill of 12% malted barley, 13% rye, and 75% corn.

The release of this unique bourbon is a celebration of Eddie Russell’s 35 years with Wild Turkey. Russell used some of Wild Turkey’s best barrels from within the distillery to create Wild Turkey Decades.

If you’re familiar with Wild Turkey, then you won’t be disappointed with the nose of this bourbon. You’ll notice the typical aromas of caramel, orange peel, and toffee. Butterscotch and oak create a powerful base, along with a few other aromas that are difficult to distinguish.

Sometimes it is reminiscent of roses, while other times it smells like beer. Regardless, it makes for an interesting nose when you take a sniff.

The Wild Turkey Decades flavor starts gentle, just like many of the other limited releases Wild Turkey offers. This is something the bourbon is known for. You’ll notice sweet and oaky flavor initially, which then settle down into strong, spicy notes.

Even though the sweeter notes aren’t as prominent as what you’d often find with older releases of Wild Turkey, this is still a tasty bourbon.

The finish is long and bold, packed with spice and oak notes. You might notice a hint of tannins and clove in the aftertaste that fights against the better parts of the finish. It’s not as deep as you might like, however, the sweet tastes do show up just enough to offset the strong oaky flavor.

The finish has a little layering to it, and it has a good taste, but it would be nice to get a deeper flavor from a special release bourbon.

The thing you’re likely to notice the most when you try Wild Turkey Decades is the boldness of flavor in just a sip. This because unlike Wild Turkey’s Master’s Keep and Diamon Anniversary offerings, Decades comes in over 100 proof at a strong 104.

If you know much about Wild Turkey, then you know that the distiller has never been on the high end of proofs. Compared with its competitors, Wild Turkey has always been on the low-end of barrel entry proof.

A lower proof often results in bourbon with a fuller flavor, which is why the Wild Turkey 101 offering is known for being one of the boldest offerings in their lineup. Still, when compared to Wild Turkey Decades, the 101 selection almost tasted watered down.

Other options, like Wild Turkey Rare Breed, offer a high proof at 112.8, but it doesn’t have the rich flavor that Decades has. Even though this offering from Wild Turkey isn’t as unique as other bourbons you’ll find on the market, it definitely stands out within its own family. 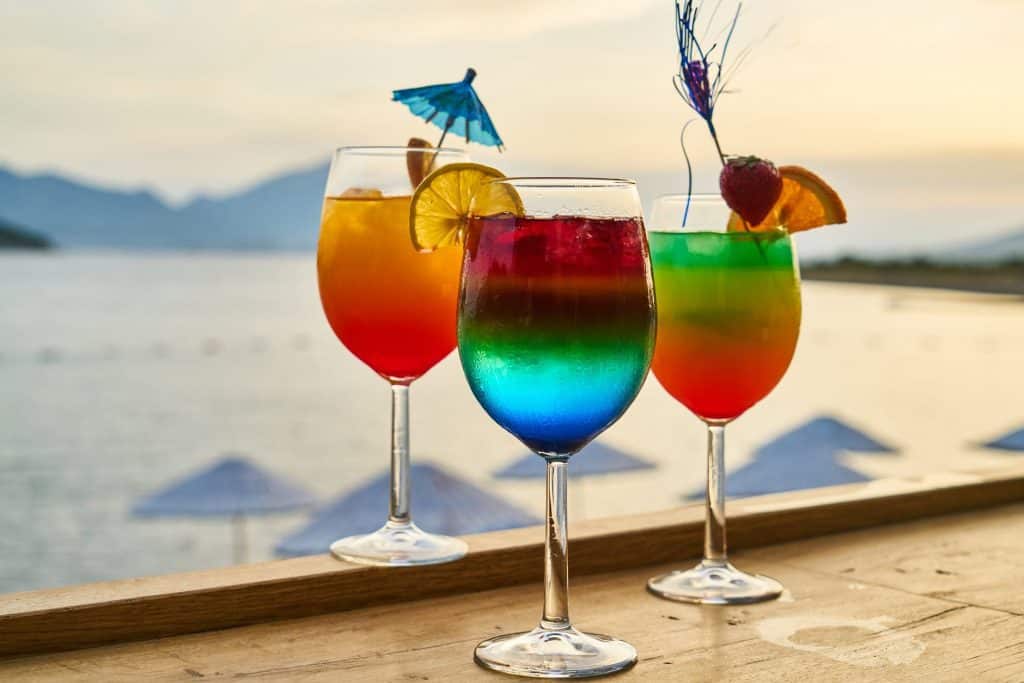 There are many people who drink their bourbon in many different ways. Some like it neat, while others like it mixed. Personally, I like my bourbon with sweet tea. Here are some of the more popular Wild Turkey cocktails you might consider the next time you want to mix things up.

This interestingly named cocktail requires 2 ounces of Wild Turkey bourbon, 3/4 ounces of grenadine, and 3 and a half ounces of Mello Yellow soda. Gather your ingredients, then pour the bourbon along with the grenadine into a cocktail shaker filled halfway with ice cubes. Shake it all together, then strain the mixture into a glass with ice. Add in a little Mello Yellow and enjoy it!

For this recipe, you only need two things: Wild Turkey and Coca Cola. Grab your favorite tumbler or highball glass, add a few ice cubes, then pour in your Wild Turkey bourbon of choice. Add in some coke and stir it up. Some people like to drink theirs with a little bit of lime juice added in.

This is a great drink when you’re in the mood for something a little more fun and adventurous. For this drink, pour an ounce and a half of Wild Turkey bourbon, 1/2 an ounce of cherry brandy, 1/4 of an ounce of white creme de cacao, and 4 ounces of cherryade into a highball glass with some ice. Add a little mint for garnishment and share it with your friends.

Is Wild Turkey a whiskey or a bourbon?

A little bit of both, actually. Wild Turkey is a straight bourbon whiskey, made in Kentucky and bottled by the Wild Turkey Distilling company. The Wild Turkey distillery in Lawrenceburg, Kentucky, is part of the Kentucky Bourbon Trail. If you don’t know what that is, you need to check it out.

Is it okay to drink bourbon straight?

You can drink your bourbon however you want, but most people drink it either blended or straight. For the purists out there that like to appreciate the bourbon on its own, the best way to drink it is neat. This means you’re drinking it without ice and at room temperature.

How should I drink Wild Turkey?

There are several ways to drink Wild Turkey bourbon, but here a few you might consider:
On the rocks (ice)
Straight
With water
With ginger ale
With club soda

If Wild Turkey just isn’t your thing, there are plenty of options on the market. Here are some of our favorite alternative bourbons.

If you’re a meat-eater, then you may know how tough it is to find a good drink that doesn’t drown out the flavor of your meat. That’s where Maker’s Mark comes in. This 90 proof bourbon offers a mellow balance with a prominent caramel flavor.

The nose consists of chocolate, corn, coffee, and dried apricot, while the palate will leave you with hints of caramel-apple, pumpkin pie, and bread pudding.

If you’re new to the world of bourbon, Four Roses might be the one for you. With notes of cinnamon, caramel, apple pie, and vanilla, it’s hard not to like this flavorful drink. It’s easy to drink with dinner or sip while you’re watching the ballgame.

Either way, it’s tough to go wrong with this 90 proof bourbon.

When fall hits and the heat from the summer has started to wear off, grab yourself a glass of Knob Creek. This bourbon has a cornbread note that will leave you wanting some of grandma’s comfort foods. This 100 proof bourbon is the perfect blend that offers a nutty smell along with its distinct cornbread flavor.

Elijah Craig – Best for Those with a Sweet Tooth

If you like your bourbon on the sweeter side, Elijah Craig might be the one you want. This small-batch selection has a little extra maltiness, mixed with nutmeg and plenty of caramel. It’s safe to say that this bourbon is all about delivering a sweet taste.

Even though it is 95 proof, you’ll still get plenty of nutmegs, caramel, vanilla, caramel, and chocolate flavor from this delicious bourbon.

Buffalo Trace is perfect for those that want to experience the great taste in a bourbon no matter how they drink it. Whether it’s neat or mixed with something else, Buffalo Trace delivers a taste that explodes in your mouth.

This 90 proof bourbon offers a strong taste of nutmeg and caramel, along with bits of apricot and baled hay. Trying this bourbon will make your mouth feel good.

Is Wild Turkey Decades a Bourbon Worth Trying?

Wild Turkey Decades is a bourbon that boasts bold flavors along with the proof to make it worth your while. It’s arguably one of the better Wild Turkey releases in a few years. Even though it’s not as popular as the Russell’s Reserve release, it’s still an enjoyable bourbon.

It’s assertive and full of flavor when compared to some of the more recent Wild Turkey releases. Additionally, Wild Turkey Decades takes the special qualities of the 101 Bourbon line and takes them to a whole new level.

While it’s easy to appreciate its flavor and boldness, it’s also important to take note of its oaky tones, which potentially hold Wild Turkey Decades back from becoming an even more amazing bourbon. With that said, Decades is just the type of bourbon Wild Turkey fans have to come to expect from a special release selection. It’s a really good bourbon that goes down smoothly no matter how you take it.

The Best Bottom Shelf Bourbons On The Market!